Cry your way to the ultimate power I thought I had encountered my last dark, mature, and emotional action RPG title with NIS’ Poison Control. Gemdrops’ Crystar is an action RPG dungeon crawler with a rich narrative. Originally released on the PlayStation 4 and on PC in 2019, Crystar’s Nintendo Switch release gives Switch players a chance to enjoy this same journey in a very dark and grim world where tears grants you power.

In Crystar you play as a young girl named Rei Hatada who is searching for the soul of her younger sister, Mirai, after they are randomly thrown into a place called Purgatory by a mysterious figure called the Revenant Princess. During her search, Rei encounters two demons who claim themselves to be the managers of Purgatory. The give Rei access to an entity known as a guardian and the abilities to fight against Revenants and other ghouls who haunt the afterlife. Now on her journey as an Executioner, Rei teams up with fellow Executioners: Kokoro, Sen, and Nanana (each with a struggle of their own) to fight and defeat the Revenant Princess and give her sister Mirai a second chance at life. 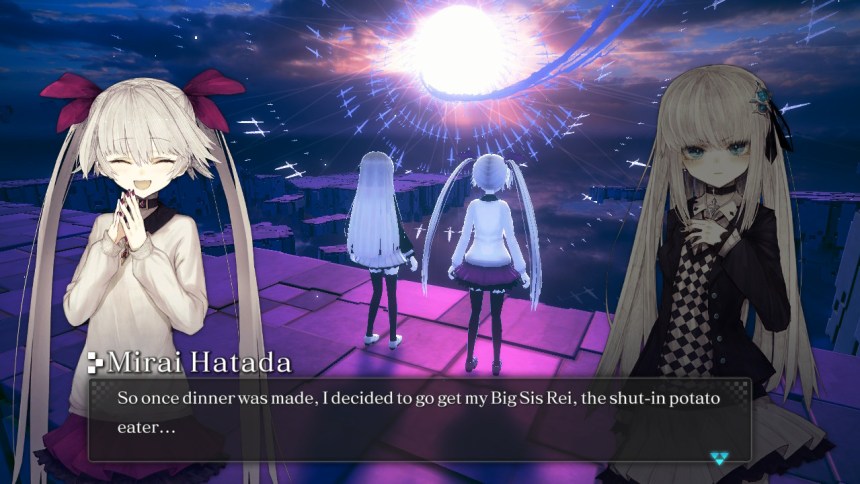 The narrative of Crystar explores the deepest depths of dark and sensitive subjects. If you are someone who is wary of dark and heavy topics, I would advise leaving this on the shelf for your mental health. For me, however, I was really drawn into the story of Crystar. The English and Japanese voice acting are phenomenal in their own right. The acting alone helped pull me in and become immersed into the story. I was not only invested in the story itself, but the voice acting alone had me invested in individual characters.

Crystar’s gameplay is pretty simple and straightforward. It can get a little redundant at times even with using the other characters. You have standard attacks and heavy attacks along with special abilities you can unleash by using your SP. Even with the lackluster combat, it is still an RPG. As characters level up you can unlock new skills and abilities to help improve the combat as you go along. Similarly to Rei, the other characters in your part also have a Guardian, a spectral warrior, that grants them powers and every so often appears during battle to assist you.

Here’s the part that absolutely blew my mind about the gameplay. I could take a moment to cry, fill my gauge to summon my Guardian, and the Guardian takes out enemies with a massive attack. By standing still and weeping, I was able to achieve great progress in many battles as I played through Crystar. It also brings crying into a different perspective here as it is usually a sign of weakness. Tears were my strength and saving grace when the going got rough. I am a little torn on the graphics for Crystar. While it does run pretty well on the Nintendo Switch, I could not help but notice the blurry resolution in some parts. Also as I went through different areas, the backgrounds were not extensive or intricate. I was, however, extremely blown away and interested in the different character designs. Due to the dark nature of the game, I will say that the dark colors used in the aesthetics and even in the characters’ designs fit the dreary atmosphere of tragedy that players can feel throughout the game. I rarely had any issues with dropped frames during gameplay or cutscenes. My biggest complaint on performance would be on the camera movement. Sometimes it felt as if it was rejecting my movements while locked onto an enemy.

As someone who professionally studies the use of music and sounds in world building and representation, I am a fan of how the soundtrack of Crystar is used throughout the game. Unfortunately, there is not a track to remember the game by as with other franchises such as Persona. Even though there is not a track that serves as a main “theme” or track that helps listeners identify the game, the feature in Rei’s room to be able to listen to music on her phone is a nice touch especially for the times I would hear a track and wanted to listen to it again in between runs. Overall, the soundtrack is the perfect companion to the atmospheric and emotional story Crystar offers. 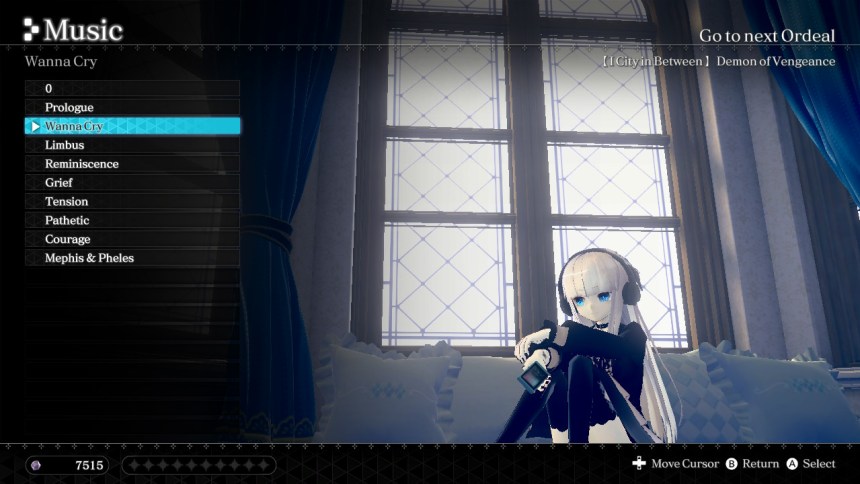 So is Crystar the game for you? If you’re like me and prefer a well written story and can overlook some of the combat mechanics, I recommend it. If you prioritize gameplay and combat mechanics and don’t care for storytelling, I would avoid this title.  I will say that getting it on the Nintendo Switch is a better value considering that you get both the base game and DLC for just $49.99. This is the most notable difference between previously released versions outside of obviously being able to play it on the go. Despite its faults, Crystar on the Nintendo Switch has a very strong and compelling narrative with interesting characters that any JRPG lover would sit through and enjoy wholeheartedly.