Released in 2018, Monster Prom is a unique and interesting competitive dating sim where you and your friends can play with or against each other. The goal is to win the hearts of one of serval different monster characters available and convince them to be your date for the prom. In 2020, the next part of the series is available with new scenarios, new characters, and even a whole new setting. Instead of going to the prom at the end of the school year, Monster Prom 2: Monster Camp is about a summer adventure in sleep away camp. Much like the previous game, you pick one of the four avatar characters, and from there, you try to woo one of the different characters in the game. There are a mix of new characters and some characters from the previous game who are available as a romance option. This includes the likes of Joy the Witch, Damien the Demon, and even Calculester, a computer who is somehow achieving enough sentience to want to go out into the world and experience life and love. There are also dozens of other supporting characters in each of the main love interests’ stories. This makes for an extensive cast to run into as you play through the game. Some there for a laugh, other there to try and trip you up and potentially ruin your chances at love. Games can be set to either a short 30-minute game or a roughly 1-hour game, though those times will definitely vary depending on how many people you can round up to play with you. After packing your bags with items that give the players initial stat bonuses, you then get asked a random question that breaks the ice. Depending on your answer during the break the ice segment, which can range from “What do you hope to get in life?” to “Are you a cat person?” the game will set you on your path to court one of the romantic options. From there, you play three rounds that are divided into morning, noon, and evening events where you pick a location to increase your character stats, which helps when trying to get with your target of affection.

Afterward, you will get a random event with your love interest where if you pick the right choice, it’ll increase your chances of successfully asking them out to the meteor shower event at the end of the summer. You also get items at the end of every night that can increase your stats and increase your chances of asking out your crush successfully. After playing multiple rounds, you’ll start to see which items and choices will likely help you along the way, so it’s fine if you don’t get it right the first time. This game was definitely meant to be played multiple times. In fact, there are dozens of events and endings that can be unlocked for each character, whether you succeed or fail at the end. This makes it easy to want to play over and over again.

Strictly in terms of gameplay, the game is straightforward: Pick a choice, see if you win or lose the event, and then repeat again and again until the end of the game. This is first and foremost a visual novel, so right away, if that’s not your idea of having fun, then you might have a hard time enjoying Monster Camp. The jokes and parodies they have are definitely good for at least one or two chuckles, but I believe the game really shines when you enjoy it with your friends. That way, you get to see multiple different stories of the characters at once. Overall, it makes for a fun party game. You can even play the game online if couch co-op isn’t easily available to you and your friends, though you have to have the same ID code all to play together. There’s no way to play with random players online who also have the game. So if you’re looking to play with other people, then coordinating a game with people you know who own the game will pretty much be your only option. Still, in the end, Monster Prom 2: Monster Camp is a great sequel to the original. If you liked the first game or visual novels with a goofy sense of humor, then you’ll get more than your money’s worth by playing the game. It doesn’t even matter if you never played the original game before. In fact, there’s an option to turn off any story beats or references that you’d only get if you actually played through the original game. Hence, it’s easily approachable to new and inexperienced players. Whether you want to try it on your own or if you’re invited to try it with your friends, you should definitely give Monster Prom 2: Monster Camp a shot. If you do, you’re guaranteed at least a couple of laughs for a while. Monster Prom 2: Monster Camp Review
Whether you play alone or with friends, you should definitely give Monster Prom 2: Monster Camp a shot. You're guaranteed at least a couple of laughs for a while.
Pros
Simple yet fun
Multiplayer is great
Nice addition to the original
Cons
No lobby/online play with random users who share the game
Fans of visual novels may not find this to be as enjoyable
3.5
3.5 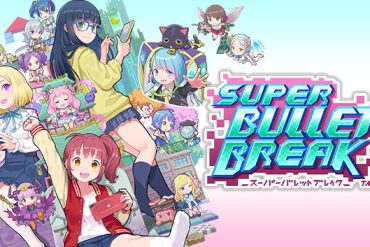