Seems like 2017 is going to be the year of long awaited continuations huh? During the winter season, we got the follow up to 2011’s Blue Exorcist. I followed the manga for a while and was happy with the anime adaptation until the last couple of episodes that went off on an anime original ending that made LITERALLY no sense. However, I had almost no problem getting back into the show due to the strength of its characters and presentation. And how did it stack up after being dormant for 6 years? I would say it got it’s legs back and a good stride.

The story of Blue exorcist revolves around a young man by the name of Rin Okamura. Rin is the son of Satan, his birth along with his twin brother Yukio, caused a worldwide phenomenon known as “The Blue Night”. Blue flames erupted in holy places around the world, killing hundreds of priests, followers of god and Exorcists. Yukio was born fully human, while Rin inherited his father’s demonic heritage and use of the blue flame. Rin had his powers sealed away by his adoptive father (A priest and skilled exorcist) and kept Rin’s abilities a secret until one day shortly after turning 15. Satan tries to take Rin back to the demonic realm known as Ghenna, possessing his adoptive father. Rin saves himself using his new powers, and by circumstance Rin loses his father. Later discovering that his brother is already a skilled exorcist, Rin decides to enroll in an exorcism school and has the goal of becoming the strongest exorcist and defeating Satan.

The ending of the first season was completely off the rails, and is completely ignored in the start of the second season. Season 2 of Blue Exorcist not only gets us back on track to where the manga was heading, but it also allows a new focus to be established. As is common in many long running series, the first season had the burden of establishing its own world, rules and characters. Since that has been handled at a deep enough level, the story arc we follow is stronger on character development, story progression, and great action scenes. The beginning of season 2 puts Rin in an awkward place, as his friends have learned he is the son of Satan, they ignore him or act afraid of him, much to his despair. A new mission brings them to Kyoto and the story goes from there.

The primary focuses of the characters cover a pretty wide variety of topics. Accepting one’s self, understanding your friends and family, admitting how you feel, a lot of things teens go through. The characters have plenty of room within each of them to let the struggles flow through them in a natural way. It is a bit tropey but, it is not too heavily leaned upon so I can ignore it. The pacing for the story throughout the entire 12 episodes feels down right perfect. Everything in that needs to happens happens at the right time, and nothing felt glazed over. I was quite satisfied with all 12 episodes. Some may feel like there isn’t enough that happens, but as a whole the focus is on the characters.

A-1 pictures (Sword Art Online, Persona 4 Golden The Animation) has returned to handle the project. Thankfully, the original team is working on the series so the delivery is identical. This was a good move since while the animation may not be breath taking, it is fluid and devoid of odd mistakes. I feel like the use of a wider color pallets would have been appreciated but I don’t believe the source materials use a huge amount of colors either. What is there is used well so it’s almost a moot point. I do love the direction for the action scenes in this show, they’re not overwhelming and because of good directing you can see everything very clearly. It also palys in tandem with the show’s sound design choices as well. 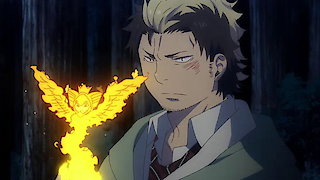 The original voice cast was brought back and everyone reprises their role, I’m glad no major changes were made because I felt the casting was basically perfect in the original. There’s not really much to say about the voice overs so I’ll just cut to the rest of the sound work. The use of sound effects is kind of minimal, when things pick up during the action pieces however no sound feels out of place. The soundtrack is carried out in a similar manner. To be used to accentuate an important moment. Nothing particularly made me hunt down “that one song” but I very much enjoyed the ost in the show itself. The opening and ending songs “Drop’s Influence” by Uverworld and “With This Hand” by Rin Akatsuki does a very good job of setting the tone for the season, good songs by themselves too.

As a whole I found this to be one of the best “go to” anime this season. A great cast that gets the screen time and development it needs, with nice animation and everything wrapping up in a nice 12 episode bundle is kind of hard to beat. After finishing the show this week I feel like I should go catch up on the manga. Both season are available on CrunchyRoll for streaming. 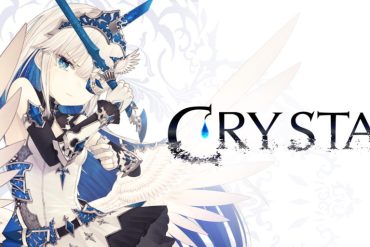 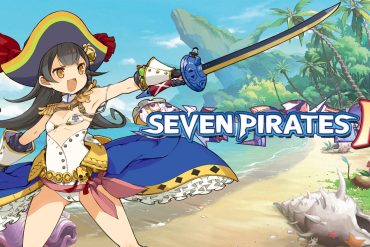