This trilogy blooms once again on current platforms! The Atelier Mysterious Trilogy Deluxe Pack is the latest re-release in the established Atelier role-playing series. For twenty-four years, Atelier has delighted players with its laid-back atmosphere, item crafting, enthralling music, and diverse characters. Atelier Sophie, Atelier Firis, and Atelier Lydie & Suelle encapsulate these established motifs with a dash of adventure and eccentricity. Although these re-releases are fundamentally similar to their original 2016-2018 counterparts, they still feel substantial as they include all prior downloadable content alongside a few new bells and whistles.

The Mysterious series follows inexperienced alchemists who build friendships, fulfill requests, and overcome personal challenges. Each game is framed by a designated motif: a book, a journey, and paintings. Sophie discovers a sentient book tied to the ancient art of alchemy, and it is up to her to help the book recall its memories. Firis is frustrated by her sheltered cavern dwelling life, but a chance encounter with Sophie awakens her desire to go on an adventure to master alchemy. Lydie & Suelle are initially unable to alchemize anything, but they stumble upon a teleporting painting and a familiar face from Atelier Firis, which propels their desire to make their atelier the best it can be. This trilogy follows the established Atelier game flow while providing its own twists. Players repeat the loop of gathering items on the field, synthesizing recipes at the atelier, and fulfilling quest objectives. These objectives include delivering items, reaching destinations on the world map, and defeating foes. Taking the time to alchemize healing and battle items is the best way to influence the tide of battle. Where the Mysterious games deviate from other Atelier games is how alchemy resembles a puzzle-like grid. Each ingredient is a piece that players can rotate in order to fill nodes that empower crafted items. While prior Atelier adventures were limited to a few in-game years, the Mysterious games eschew time limitations — except for Firis‘ early game — and allow players to explore at their own pace. This also means that the games are not particularly punishing should players fall in combat or take their time crafting recipes. This trilogy serves as a fascinating timestamp of Atelier’s history. Compared to the prior Arland and Dusk trilogies, the three Mysterious games showcase more expansive environments alongside effects such as day/night cycles and weather. These verdant environments still hold up stylistically, and they precede the larger spaces of later games such as Atelier Lulua, Atelier Ryza, and Atelier Ryza 2. The Mysterious games also mark a generational transition from the PlayStation 3’s Arland and Dusk games to the PlayStation 4. This transition is particularly evident with towns and gathering areas as they demonstrate higher resolution textures and lusher foliage. The three Mysterious Deluxe games fundamentally behave like their original versions. Sophie DX and Firis DX have dual English/Japanese voiceover audio whereas Lydie & Suelle DX solely has a Japanese track. Some occasional typographical quirks are also still present. Whereas Arland Deluxe and Dusk Deluxe bring their respective trilogies to current platforms, Mysterious Deluxe is a bit different as the Mysterious trilogy was originally already released on PlayStation 4 and Steam. However, it does have a handful of exclusive features and makes all three games available on the Nintendo Switch. These Deluxe versions integrate prior downloadable costume, music pack, and playable character content into the base games, and the new quality of life improvements expedite playthroughs by giving players a bit more flexibility. The Photo Mode from Atelier Ryza and Atelier Ryza 2 has been retroactively added to these games with a similar feature set. Players can move and rotate the camera, position and resize party members, change the time of day, add non-playable characters and select their poses, and more. The Photo Mode is especially useful given the worlds’ detailed foliage and painterly art direction. Each game has an exclusive Photo Mode border, too. The Deluxe versions also feature speed-up options such as running in Atelier Sophie DX, fast forwarding through any dialogue from the beginning, and allowing battle speed to be doubled. While extensive dialogue and interactions are part of the Atelier series’ charm, being able to fast forward on a new playthrough is an appreciated addition for returning players. The Deluxe releases help quicken the games’ pace and add a few new pieces of content per game. Sophie DX’s new cauldrons and Firis DX’s new vehicles empower players with boosted crafted and gathering capabilities. Sophie DX adds story sequences, Firis DX adds bosses, and Lydie & Suelle DX adds a new world that features the Atelier crossover game Nelke & the Legendary Alchemists. This is a fascinating addition as Nelke’s elegant world has never been featured in a mainline Atelier game. These additions consequently make these Deluxe releases feel more robust compared to the Arland Deluxe and Dusk Deluxe releases. However, as with previous Atelier Deluxe games, no prior save file progress carries over to the Mysterious Deluxe games. As a result, returning players have to start new playthroughs if they want to experience this new content. Atelier Mysterious Trilogy Deluxe Review
Atelier Mysterious Trilogy Deluxe Pack
The Atelier Mysterious Deluxe Trilogy is a comprehensive way to experience Atelier's lighthearted roleplaying brand with a touch of whimsy. With all prior downloadable content with a handful of new exclusive features per game, the Deluxe versions provide a lot of value while being fundamentally similar to the original versions.
Pros
Includes all prior downloadable content for each game, which includes music packs, characters, and costumes
The newly added Photo Mode provides plenty of options
Adds features for slightly speeding up playthroughs
Contains a few new exclusive features per game
Cons
Games are fundamentally similar to the original versions
Games are separate from the original releases and have no upgrade functionality/save sharing
4
Score 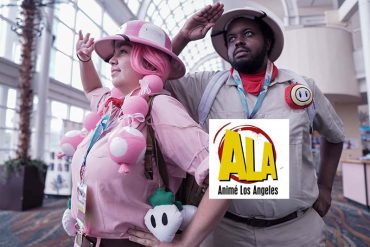